"The excitement was palpable," he remembered of the hospital's opening day. "There was a general realization among the staff that this was something big and new — it was really exciting for the community."

In the 10 years since its opening, Baylor Scott & White McLane Children's has cared for tens of thousands of children, earning a designation as a Level II pediatric trauma center — the only one between Dallas and Austin. The medical center also has a Level IV neonatal intensive care unit, the highest designation for premature infant care.

"In trauma or neonatal care, receiving high-level, timely and appropriate care improves each patient's outcome in both the short term and the long term," explained Alicia Boaze, DNP, RN, NEA-BC, vice president of patient care services at Baylor Scott & White McLane Children's. "The faster that a child can get to a children's hospital, typically the better their outcome will be. That's one of the many reasons why it's so important for families to have this resource in Central Texas."

Since its opening, the hospital and its 12 pediatric clinics serving 30,000 square miles of Central Texas have had approximately:

"I always refer to us as the hidden gem of Central Texas," said Dell Ingram-Walker, vice president and chief operating officer at Baylor Scott & White McLane Children's. "People don't realize how much we have available at our facility. For example, we have a Level IV NICU — the highest level in our state — so we can take care of the tiniest babies. We have a Level II trauma center, so we are able to take care of a child and their family at what is possibly one of the worst moments in their life. We are Magnet designated, the gold standard in nursing, which means our nurses are the best and brightest and work hard to provide a higher quality of care for our patients. Things you would normally see in major cities are right here in Temple."

Madhava R. Beeram, MD, MBA, chair of pediatrics of Baylor Scott & White McLane Children's, also has been with the hospital since it opened, and sees vast opportunities for helping children and families, even those outside of Central Texas. "We have significant growth opportunities in terms of geographic expansion and telemedicine, as well as service line expansion," he said, serving as pediatric experts for other Texas hospitals while expanding the facility's capabilities.

As the region grows, the specialists at Baylor Scott & White McLane Children's are prepared to treat new health challenges, whether for a community of children or a single patient, all of whom are vitally important. "When you care for a child, you're there with them for their journey, whether it's a shorter one or a longer one. It affects families generationally," Dr. Lucia said. "Dr. Stagg said this to me: ‘We don't just save lives; we save lifetimes.' That's so true, because when you can intervene and change for good the course of a disease, you've made a massive impact. That baby, toddler, child or teenager has years ahead of them and when we help them get back to health, they're going to have a major impact on the world around them."

"Drayton McLane, Jr. has invested his time and resources in improving his two passions: education and healthcare," said Jim Hinton, chief executive officer at Baylor Scott & White Health. "McLane Children's is one important example of how his vision and generosity have touched countless lives. Through the hope and healing he made possible at McLane Children's hospital and clinics, families throughout Central Texas will continue to benefit for generations to come." 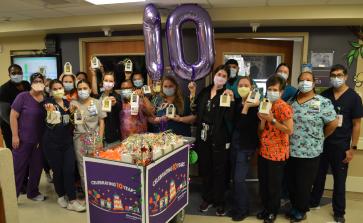 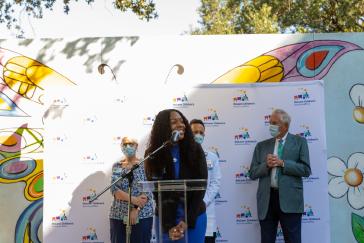 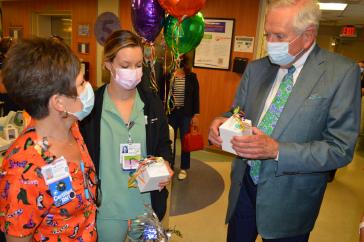 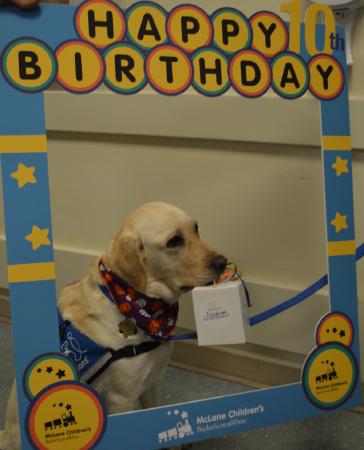 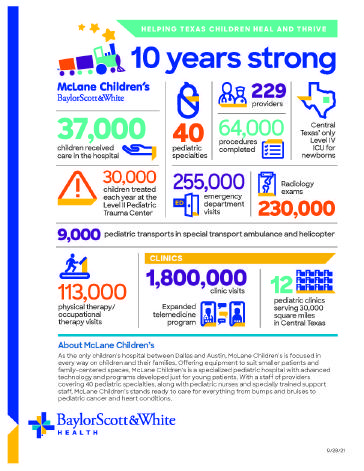 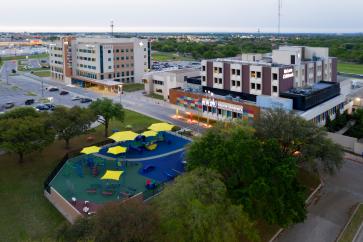