My name is Michael Mack. I’m a cardiac surgeon and the medical director of cardiovascular disease at Baylor Health Care System in Dallas.

I am joined by Dr. Erwin who is an intensivist at The Heart Hospital Baylor Plano and Mary Davis who is the fiancée of Randy Travis.

We would like to update you as to Mr. Travis’ condition since our last statements early last week.

As events have occurred, it’s like putting pieces of a puzzle together. It’s been much clearer as to what events transpired and what Mr. Travis’ medical condition is.

On Sunday, July 7, he was admitted through the emergency room of Baylor McKinney hospital whereupon he was put on life support. He was then transferred here to The Heart Hospital Baylor Plano for a higher level of support.

For the first 48 hours after transfer, he required mechanical devices to support his circulation and his heart.

His heart did respond positively to that, and after a 48-hour period of time we were able to wean him from that support.

During this period of time of resuscitation, he suffered a stroke. As a result of that stroke, pressure built up in his brain that required an emergency neurosurgical operation to relieve that pressure.

In terms of putting together the sequence of medical events, we were concerned initially that he had acute viral myocarditis as a cause of this.

As we’re able to put the pieces of the puzzle together, he did suffer an acute viral illness over the past three weeks, but that seems to have tipped over a more chronic condition.

He has what’s called idiopathic cardiomyopathy, which means he has scarring of his heart muscle that is causing his heart to be weak and not able to support his circulation without help of either medical devices of medication.

We performed a biopsy of his heart muscle and it shows scar tissue. It does not show active infection. From the appearance on echocardiograms, which are images of his heart, this is not the appearance of either drugs or alcohol causing the heart condition.

Mr. Travis does have a family history of cardiomyopathy and it is more likely related to that.

At the current time, Mr. Travis’ condition is stabilized and I would like to turn to Dr. Erwin for a further update.

As a result of his heart condition, acutely, and the stroke, he was put on a ventilator to help him breathe during his hospitalization. He remains on that, but we are decreasing that support daily.

He is breathing spontaneously with the help of the ventilator and hope to have him weaned off of that very soon breathing completely on his own.

In terms of his stroke, he has responded well to the surgical procedure he had to relieve the pressure in his brain. We’re seeing improvements in brain scans showing decreased swelling of his brain. He is awake and alert interacting with his family and friends and beginning to start doing some early physical therapy.

I would now like to ask Mary Davis, Randy’s fiancée, to say a few words. Mary.

Thank you. First and foremost, I just want to thank the friends, the family, the outpouring of love and affection that has shown up at the hospital and at home and through several different avenues of support.

I know that those are prayers that have helped mend his heart along with the skilled hands of the physicians and doctors and nurses here at The Heart Hospital of Baylor in Plano.

I know that Randy feels each and every one of those. He feels the hands of the doctors and the care of the nurses and the love of his fans. His friends and family have all been touched by that. He is responding well to voices and he sees and he understands. He’s miles beyond where any of us thought he would be a few days ago.

It’s heartwarming to see that we have such a strong person under there that’s willing to fight with us. We all know now that we had greatness to work with. We ask for your continued support. I know that Randy will be so touched by that when he understands the magnitude of it all.

So thank you and I appreciate everything everybody has done here at the hospital to give us the outcome that we’ve received. With the understanding now in retrospect that this could have occurred anywhere at any time. We were in the finest place we could be to have the best outcome that we could ever have. Thank you.

Although Mr. Travis is till in critical condition, it has stabilized. We do not anticipate significant changes on a daily basis, but we will keep you informed as his condition improves.

UPDATE – July 12, 5:45 p.m. - Mr. Randy Travis has been under heavy sedation since he came out of surgery late Wednesday night, July 10th, and is resting comfortably. He is still in critical condition. His family continues to ask for prayers and support. Official updates on Mr. Travis' condition will be made available on Baylor Health Care System's online newsroom at media.baylorhealth.com or by Randy Travis' publicist Kirt Webster as his condition changes.

UPDATE – July 10, 8:10 p.m. - As a complication of his congestive heart failure, Mr. Randy Travis has suffered a stroke and is currently undergoing surgery to relieve pressure on his brain. He is in critical condition. We will have updates as they become available. His family and friends here with him at the hospital request your prayers and support.

"Mr. Randy Travis was admitted through an emergency department to Baylor Medical Center at Mckinney on Sunday, July 7. He had been in previously excellent health until three weeks prior when he developed a viral upper respiratory illness.
He was admitted at Baylor Mckinney with a presumptive cardiomyopathy and congestive heart failure."

"At Mckinney, he was stabilized and subsequently sent to The Heart Hospital Baylor Plano for a higher level of specialized care in the care of Dr. Michael Mack."

"My name is Michael Mack, the director of cardiovascular disease at the Baylor Health Care System in Dallas. Early in the morning of Monday, July 8th, I received a phone call from Dr. Gray apprising me that Mr. Travis had been hospitalized in Mckinney, Texas and what his condition was at that time. "

"We determined together in a joint decision, that a higher level of specialized care was appropriate and therefore we transferred him to The Heart Hospital Baylor Plano. Since his transfer, his condition has stabilized and he has shown signs of improvement. On behalf of his Mr. Travis’ family, friends and associates, we would like to express our extreme gratitude for the overwhelming affection and support that Mr. Travis has received. "

"We will be giving further updates as his condition changes."

William Todd Gray, DO, FACC, is the director of cardiovascular services at Baylor Medical Center at McKinney. He received his undergraduate degree at Texas A&M University and his medical degree from the University of North Texas Health Science Center, Texas College of Osteopathic Medicine, Fort Worth, TX. Dr. Gray is on staff at Baylor McKinney and The Heart Hospital Baylor Plano. He practices with The Heart Group Denton, Plano and McKinney.

The American College of Cardiology (ACC) awarded Michael Mack, MD, FACC, with the 2012 Presidential Citation Award. The ACC distinguished awards were established to recognize outstanding individuals making contributions to the cardiovascular profession. A thoracic and cardiovascular surgeon on the medical staff at The Heart Hospital Baylor Plano, Dr. Mack serves as medical director of cardiovascular surgery for Baylor Health Care System and is chairman of The Heart Hospital Baylor Plano Research Center.

As a surgeon, researcher and advocate for cardiovascular patients, Dr. Mack has been on the front lines in the field of cardiology. He has held multiple positions in national organizations, including immediate past-president of the Society of Thoracic Surgeons (STS) and past-president of the Thoracic Society Foundation for Research (TSFR), the Southern Thoracic Surgical Association and the International Society for Minimally Invasive Cardiothoracic Surgery. Additionally, he has strengthened surgeon collaboration with the ACC on all aspects of implementation of the recently Food and Drug Administration (FDA)-approved Transcatheter Aortic Valve Replacement (TAVR) technology. Dr. Mack co-authored the National Coverage Determination Registry request for TAVR and was named the first chairperson of the Transcatheter Valve Therapy national registry.

The Heart Hospital Baylor Plano
The Heart Hospital Baylor Plano is recognized as the No. 1 cardiovascular specialty hospital in the country based on cardiac surgery volume and is the first and only freestanding, full-service hospital in this region dedicated solely to heart and vascular health care. Committed to providing safe, quality, compassionate care and five-star service, the 116-bed hospital was created through a partnership between Baylor Regional Medical Center at Plano and cardiovascular physicians and surgeons practicing in North Texas.

The hospital has received numerous awards and recognition since its January 2007 opening, including the highest rating awarded by The Society of Thoracic Surgeons – 3 stars – based on quality performance in patients undergoing aortic valve replacement (AVR). The hospital is a seven-time Press Ganey® Summit Award® winner for Inpatient and Emergency Department patient satisfaction and has also received The Joint Commission's Top Performer in Key Quality Measures, Accredited Chest Pain Center with PCI by the Society of Chest Pain Centers, The Joint Commission's Gold Seal of Approval for Advanced Heart Failure, Aetna Institute of Quality for Cardiovascular Care and The Joint Commission's Certification for Ventricular Assist Device. In February 2011, the hospital became one of a select group of 382 health care organizations out of 6,000 achieving Magnet® recognition for nursing excellence. The Heart Hospital Baylor Plano is located off of the George Bush Turnpike and Preston Road on the Baylor Plano campus. For more information about the services offered at The Heart Hospital Baylor Plano, please visit TheHeartHospitalBaylor.com.

Notice Regarding Physician Ownership: The Heart Hospital Baylor Plano is a hospital in which physicians have an ownership or investment interest. The list of the physician owners or investors is available to you upon request. 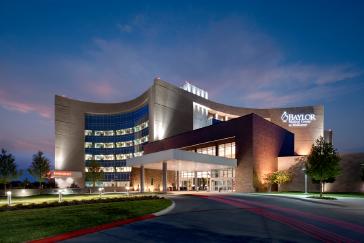 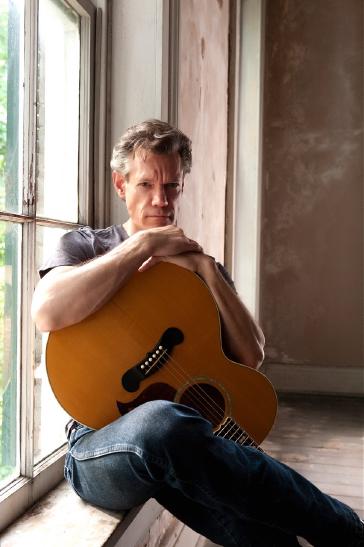 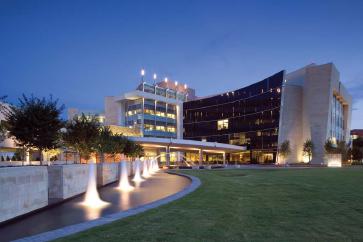